﻿
DSB cooperation under the EEA and Norway Grants

In Poland, DSB together with the Norwegian Defence Research Establishment FFI, are donor project partners (dpp) for a predefined project on improved disaster resilience, under programme area 23 Disaster prevention and preparedness.

The project shall contribute to Enhanced prevention and preparedness to chemical, biological, radiological, nuclear and explosive hazards in Poland.

The project consists of two modules, one focusing on activities regarding analysis, the other focusing on the implementation of training modules and standard procedures. A review on the systemic gaps and analysis of these shortcomings will form the basis for the creation of a national CBRNE coordination and standardisation system.

The project will enhance the incident response system, including the prevention, preparedness and recovery and better coordination between different authorities by

Through this project, DSB and FFI also seek to strengthen Norwegian CBRNE Preparedness and Response capacity.

Project title: The process of Coordination and Standardisation in the field of CBRNE as an Element of Prevention, Preparedness and Response.

The Main School of Fire Service

Military Institute of Chemistry and Radiometry

Military Institute of Hygiene and Epidemiology

Institute of Fundamental Technological Research at the Polish Academy of Science

Headquarters of the State Fire Service

Central Forensic Laboratory of the Police

Response Centre for the Epidemiological armed forces of Poland 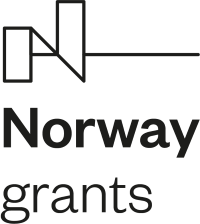